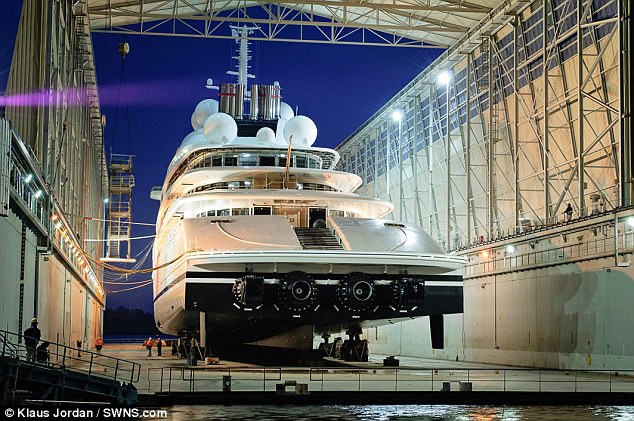 Superyacht Triple Deuce will be more than 40 metres longer than the current biggest superyacht charter, Azzam, and will gain the record of largest superyacht, beating out other multi-million dollar boats. Although the owners name is not known, one thing made clear by the design of the boat is that they want this boat to be the best. 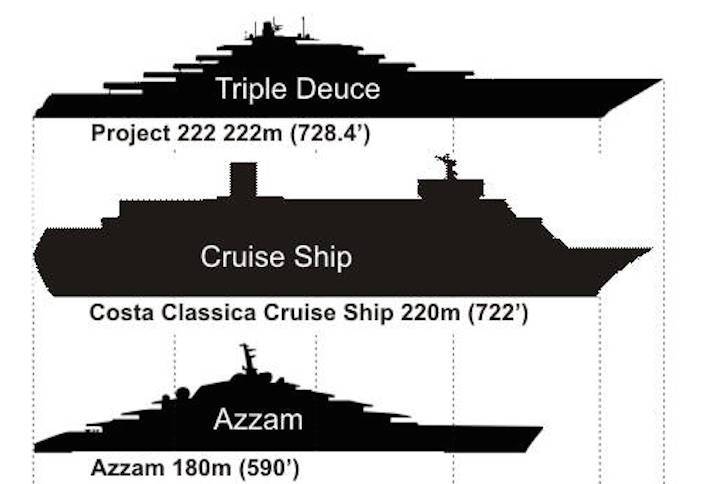 The reason for the expansive length was at the owner’s request that the super yacht Triple Deuce not be overshadowed by any other superyacht any time soon, similar to when the Eclipse superyacht charter came out and trumped an old record by under 2 metres.

Planned to span over 7 luxurious decks,the superyacht Triple Deuce will be able to accommodate up to 36 guests, all attended closely by the large crew that will include anywhere from 50-70 members during all voyages. The owners room alone features private access to two state rooms, as well as the helipad and elevator. There will also be four VIP suites and 12 guest suites, added to the crew’s accommodations as well. Both an indoor and outdoor pool will be made, more than enough jacuzzis, as well as spa facilities with a full time masseuse and hair stylist. The superyacht Triple Deuce will also be able to carry a large load of water sport machines, making it a dream for anyone who’d love to be out on the waves everyday. 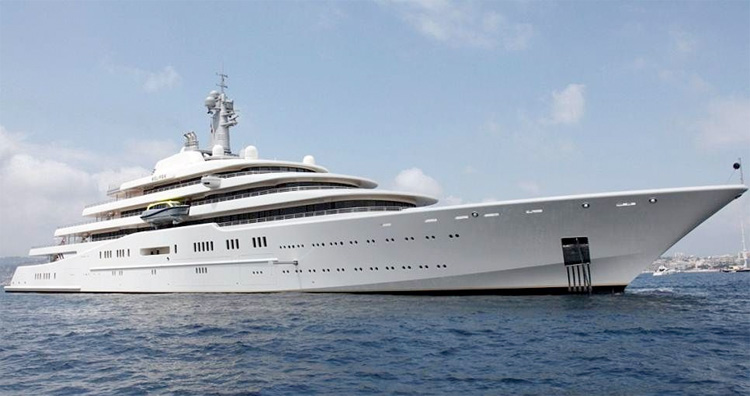 The craftsmanship of the superyacht Triple Deuce charter will feature an impressive 24.9metre beam. The engine will be run by powerful triple gas turbines, and be able to get the yacht to speeds of up to 30 knots (about 35 mph) – impressive for a boat its size, while still giving passengers a decently comfortable ride.

Craig Timm, the yacht broker responsible for selling the superyacht Triple Deuce project to his client said that to bring the dreamboat to life required working with ultra net worth individuals exclusively, specifically ones who specialize in superyachts and megayachts. Having advertised the sale of an original 200-metre super yacht charter on their company website at 4Yacht.com, the plans were all changed when Azzam (pictured above) was finished and they realised this was going to be the xpensive build yet, the total build cost of $1.1 to $1.2 billion dollars will also have the operating costs added to it every year, costing the owner another $20-$35 million US dollars.

Although it will almost certainly hold the size record when complete, its ever for certain when it will be outdone once again by the ultra wealthy yacht owners of the world. But for the time being, it will be shining in the spotlight for its own 15 minutes of fame and glory as the world’s largest super yacht Triple Deuce.